You find yourself on your hands and knees, creeping between buck brush through space seeming fit for only a rabbit. Eventually you reach an opening and you stand to stretch. A blanket of snow covers the ground. You peer outward to see an entire mountainside covered with mahogany and begin to glass the hill side when a glimmer of light catches your eye. You direct your glass to find a glistening piece of antler protruding from the brush. A very deliberate and careful stalk begins against one of the most cagey animals in North America.

A Mule Deer Buck is among the most sought after and acclaimed game animals in North America. To gain their prominent racks, the large Muley bucks of Southwestern Montana have survived years of predator evasion and gained the wisdom to out smart, out think and out maneuver many an ardent hunter. The one time these magnificent trophies tend to let down their guard, coincides with our general rifle hunting season. The mule deer rut typically begins during the week of November 10 and lasts throughout the season. Both Mule Deer and Whitetail generally inhabit the same range as our elk, so the odds of collecting a trophy are very good.

The Montana FWP has implemented a preference point system to aid non-residents in attaining licenses. It maxes at 2 preference points for nonresident hunters, but allows outfitted clients the ability to purchase a 3rd Outfitter Preference Point. This system allows future hunters to purchase one preference point ($100.00) each consecutive year prior to their selected hunt year and then another outfitter preference point upon application for license, hence assuring the applicant a maximum preference status (3 points). Hunters should plan a minimum of 1 1/2 years in advance. 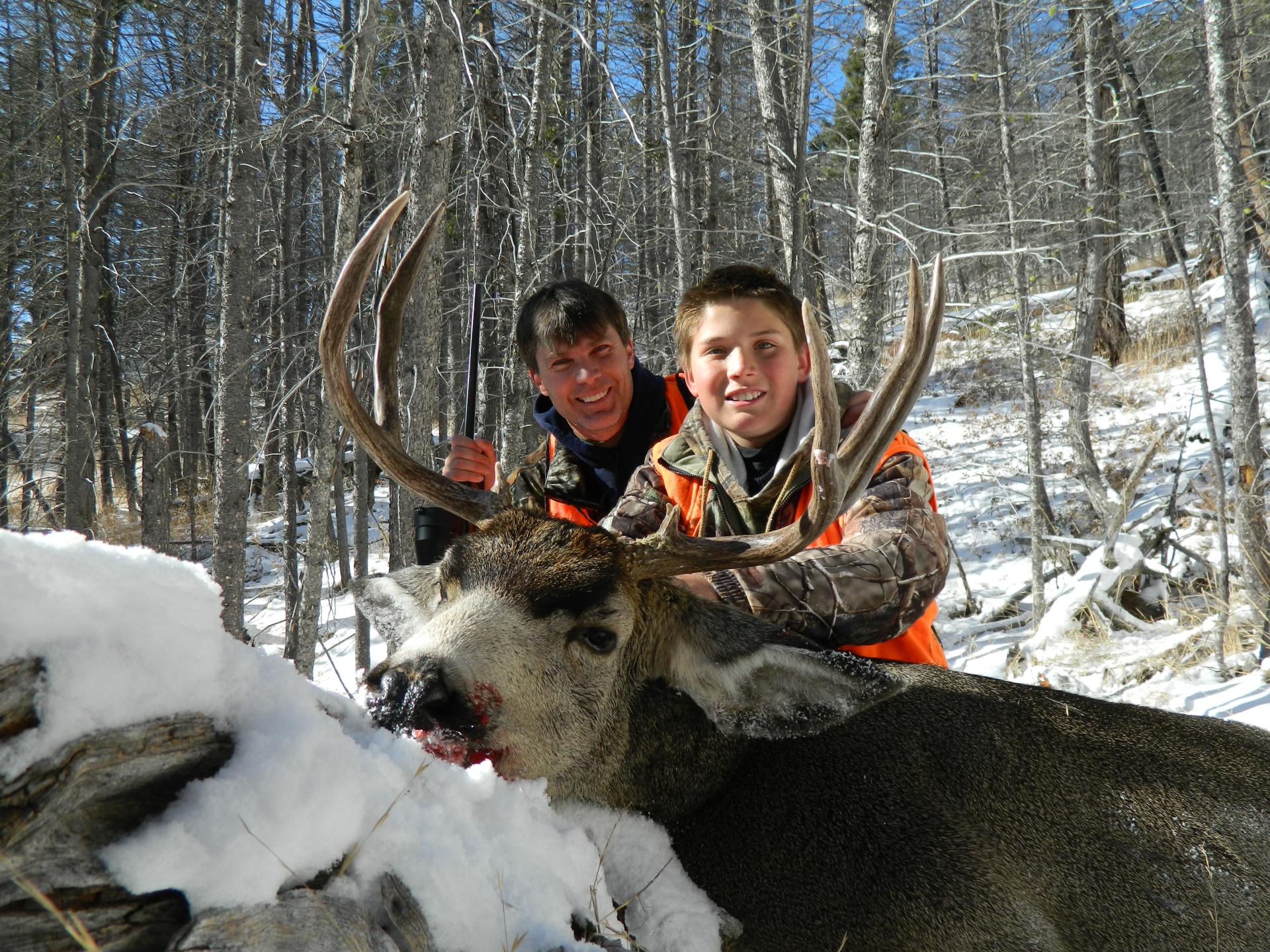 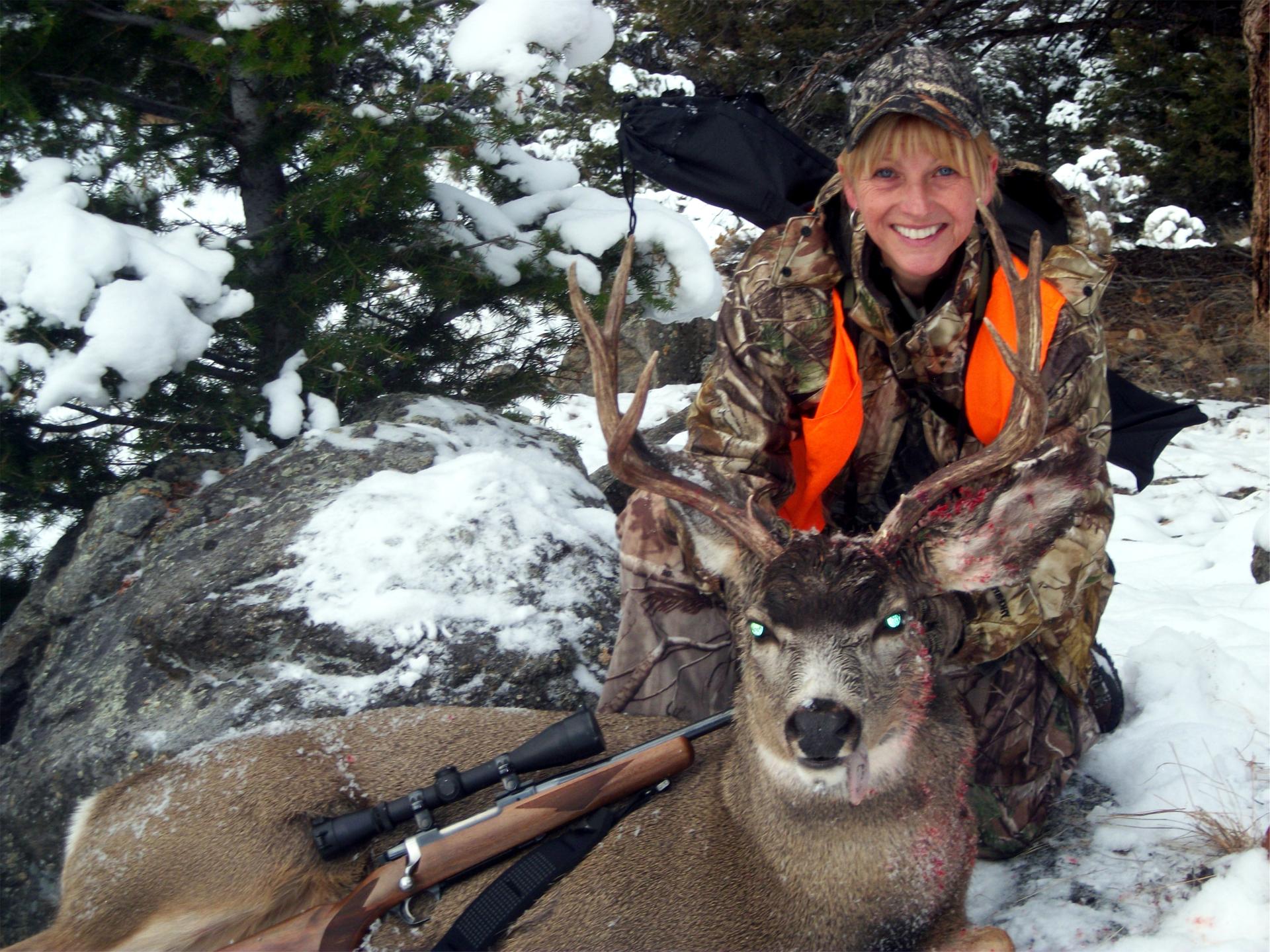 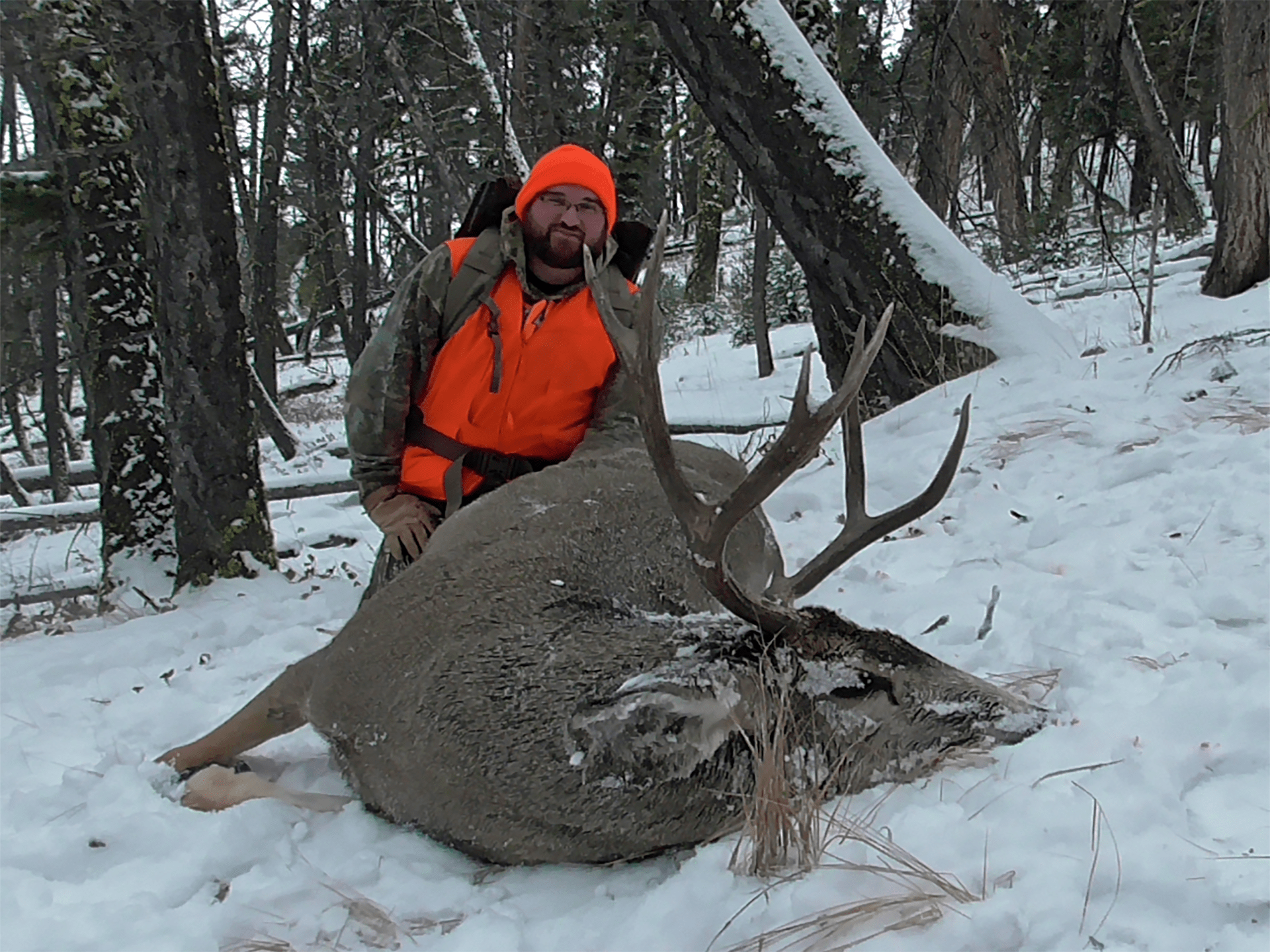 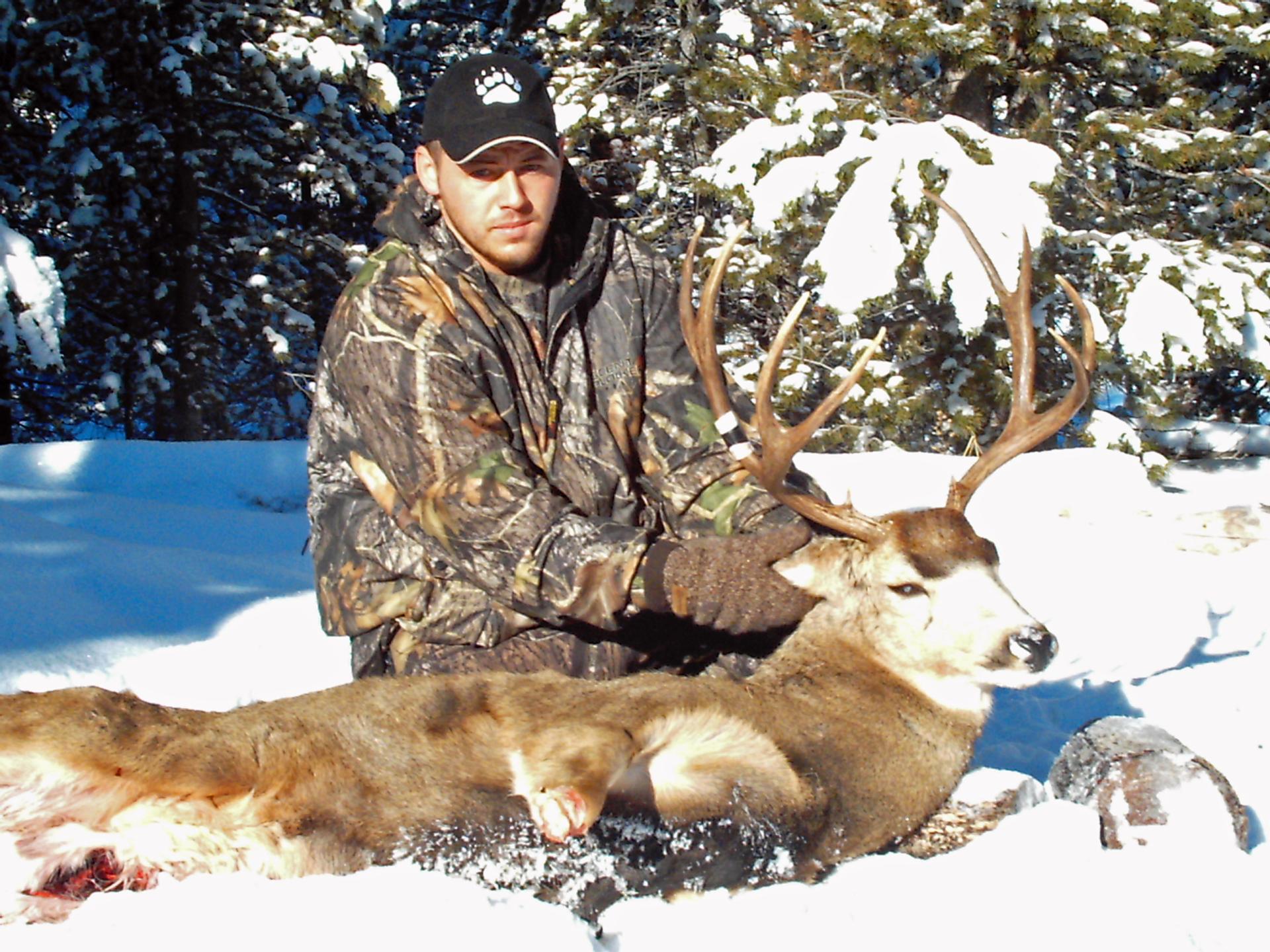 Hunt Hard… All Day… Every Day…

Stockton Outfitters can arrange the deer hunt of a lifetime for either mule or whitetail bucks. We highly recommend our combination hunt to incorporate deer hunting along with your elk hunt. A good buck with Stockton Outfitters will run 24”-30”. We do have some Grand Dads that may exceed 30”+, but they must be hunted hard.
BOOK YOUR HUNT
Go to Top